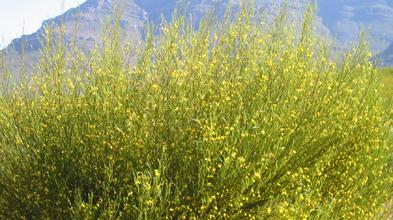 Rumor has it that in 2737 BC, Emperor Shen Nong was resting under a tree when a leaf fell into his cup of boiling water.  He enjoyed the taste so much that both tea and a mythical legend were born

Tea became very popular during the Tang Dynasty (AD 618-907), aided by the influence of the Buddhist monks.

In 1191, Buddhist monks bring tea seeds from China to Japan and tea cultivation begins in Japan

Queen Elizabeth I started the East India Company in 1599.  This company had a monopoly on tea imports until 1834

In 1773, London imposed a new tax on teas exported to the colonies and the rest is history……………

1848, botanist and tea spy Sir Robert Fortune was sent to China by the Crown to steal cultivation and manufacturing processes.  He discovered that black and green tea came from the same plant.  He also took back thousands of seeds, which were then planted on plantations in India

Grows year round, but has 2 main picking seasons: early spring or early summer

Tea is primarily grown in China and India, in areas which have over 50” of rainfall.  But Japan, Kenya, Sri Lanka and Brazil, to name a few, also produce high quality tea

Typically, the higher the elevations, the better the quality of the tea; however much depends on the experience of the ‘tea master’

Trees can grow up to 100’, but are kept waist high for ease of plucking

Black tea has a 100% oxidation, others vary depending on the tea producer, but oxidation is the most important process, helping to give tea its unique flavor; along with soil and weather conditions

The best quality tea has less than 4% moisture and takes 2 years of constant checking; liken this to rare wines

Tea contains polyphenols, specifically flavanoids such as the catechins, which are known to fight free radicals.  Polyphenols may also modify allergens, viruses, and carcinogens

Teas containing flower petals, fruit, essences and spices are very common in China.  The most famous of flavored tea is Earl Grey, which consists of black tea infused with a few drops of bergamot, which Charles Grey discovered by accident around 1830

The popularity of flavored teas has given rise to infusions or tisanes that don’t contain any tea at all, such as a chamomile and lemon grass blend or a fruit and herb infusion using dried fruit and a variety of herb and spices

Rooibos from Cederberg in South Africa, called ‘red tea’, is becoming popular in the US and gives rise to many different flavors when mixed with herbs, spices, etc.  Its growth in sales can also be attributed to the fact that it is caffeine free.  From the same family, Honeybush - a sweeter version of rooibos, has also been introduced into the US.

In 2737 BC, Emperor Shen Nong was relaxing under a tree holding a cup of hot water, when a leaf fell into his cup……………and that’s how a legend and thus tea was born, or so the story goes.  Tea became popular in China, but initially in the form of bricks from which pieces were crumbled and added to hot water.  The influence of Buddhist monks were instrumental in spreading the concept throughout China and also introducing tea to Japan around the 8th century.  But it wasn't until 1191 when seeds were taken into Japan by Monk Eisai that tea cultivation began to spread in earnest.  Two hundred years later in China, a decree was issued forbidding compressing tea for the Imperial palace, thus loose tea and infusions were born.  China ruled the exportation of tea for many years; particularly since Japan closed its borders against foreigners from 1641 to 1853; but during this period steam treating and rolling was developed and sencha was born.  Over the next 100 years, tea cultivation was introduced to Ceylon (Sri Lanka), Kenya, Malaysia, Taiwan and Nepal.

All tea comes from one plant: camellia sinensis.  Although once thought to grow only in China, in 1823 Robert Bruce discovered tea growing naturally in the Assam jungle in India.  In 1848 Sir Robert Fortune discovered that black and green tea came from the same plant; he then helped himself to thousands of seeds (encouraged by the British Crown) which were then sown on plantations in India.  Today we recognize two principal varieties: Camellia Sinensis (Chinese) and Assamica (Indian).  Grown primarily in China, Sri Lanka, India, Africa, Japan and Brazil, tea is using around 6 million square miles of land.

Tea is grown year round, but there are two main plucking seasons: early spring or early summer.  It grows best in areas which have over 50” of rainfall and typically have morning mist and afternoon sun.  The higher the elevation, the better the quality of the tea; however much depends on the experience of the tea master.

Two types of processing are used today.  The orthodox method which is the traditional way of picking the bud and top two leaves - hand picking, drying and rolling.  CTC (crush, tear, curl) is a mechanized method of shredding leaves into dust and fanning, popular in India and used in tea bags.  Since the better quality tea leaves have already been removed prior to this process, what's left is usually lower quality.

The most important part of the tea process is oxidation.  Oxygen is absorbed and this in turn causes the leaves to go through enzymatic changes.  Oxidation can be spontaneous - such as a banana going brown when peeled and left out.  Or controlled - as in the case of some teas.  The process needs lots of moist, oxygen rich air to function well, so this is done by creating layers of tea in a damp, oxygen rich environment and keeping the ambient temperature around 68-71 degrees F.   Too low a temperature will slow or stop the process and too high a temperature could risk burning.  For black tea, oxygen chambers with humidifiers are used.  Oolong tea will be semi-oxidized and green tea not at all.  Firing will halt the process at the designated time and the leaves are exposed to temperatures of around 194 F. for about 15 minutes.  Not enough firing could lead to mold and too much would render the tea insoluble.  The leaves must have 5-6% water in them.

The term oxidation and fermentation seem to be used interchangeably in some countries.  In reality, the only teas that go through some type of fermentation are pu-erhs.  There are two types of pu-erh.  1) Traditional, called green, sheng, raw or un-cooked.  These pu-erhs are fermented naturally and the teas typically have damp, orchid, sweet, woody notes.  The preference is for these to be stored over 5 years to develop that particular aroma, which is caused by the proliferation of micro-organisms from being stored in a warm, humid and ventilated atmosphere.  2) During the 1970s, a shorter, faster process was developed to artificially stimulate the aging process which produced cooked, ripe, black or shou pu-erhs (note, no cooking is actually involved).  This method produces notes of undergrowth, cellars and is often gamey.  The leaves are covered and left in moist heat to produce bacteria, liken this to your mulch pile.  After this, they are raked into a thin layer, dried and sold either loose or in cakes.  It is worth noting that broad leaf varietals are used to make pu-erh tea, better resembling Assamica leaves from India rather than the small leaf favored in China.

There has been a resurgence of interest by old and young alike in the US regarding tea, due to the growing popularity of flavored teas, the known health benefits and the low caffeine content.  Some estimate that 80% of the tea consumed in this country is due to the consumption of iced tea.  Whatever the reason, we import 519 million pounds of it each year from the 3,000 million tons of tea grown every year (Tea Drinker, World Tea Expo and Wikipedia.org).